Filakopi, apart from being an important center of Cycladic culture, is also considered one of the first cities in Europe with a history of over 1500 years.

The settlement began to be inhabited as early as 3000 BC, having gone through three historical periods. In the 1st historical period (2300-2000 BC) the settlement is about 200 meters, does not have an organized road layout, but presents an organized cemetery. At the same time, during that period, the use of stone was revealed and the exports of obsidian multiplied. In the 2nd period (2000-1600 BC) walls are built to prevent any raids, while the houses are in a staggered arrangement on the hill. During this period the ceramic art developed especially. This period ends with the destruction of Filakopi, probably by fire, while with the construction of the third settlement, the 3rd historical period begins (1600 BC-1110 BC). During this period Filakopi presents an organized, complex road plan, fortifications with high cyclopean walls over 6 meters thick and larger houses, some of which have two floors.At the beginning of this period the influence of the Minoan civilization was strong (fragments of a plate engraved with the Minoan Linear A were found). Around 1400 a Mycenaean-style palace with many rooms and a two-room sanctuary was built. Works of high sculpture and ceramic art are also produced, most importantly the “Lady of Filakopi”. From 1200 BC. the city of Filakopi ceases to be a commercial center and begins to decline until it is completely abandoned in 1100 BC.

With the abandonment of Fylakopi, Dorian settlers from Laconia settled on the island, who together with the previous inhabitants built a new city further west in the current area of ​​Klima. This new city allowed Milos to oversee the bay of the island for any pirate raids, had its port and was of course fortified by the three hills. At the same time, the inhabitants fortified it with walls that reached the sea and created large public buildings, an aqueduct, a gymnasium, a market, sanctuaries and a cemetery.

During the period the city of Klima presents intense economic and cultural development. Ceramics flourish with the famous “Apple amphorae” decorated with elements of Greek mythology, sculpture, craftsmanship, stamping on stones, goldsmithing with the wire technique, while coins were minted that originally had the apple as a symbol. Also at that time there was an increase in trade, exploitation of ores, while the local alphabet was developed, samples of which are still preserved in tombstones.

In the Peloponnesian War, however, they tried to maintain a neutral stance. In 426 BC. the Athenians sent General Nicaea with 60 triremes and 2000 hoplites to force Milos to join the Alliance. Despite the disasters, the island was not captured this time. 10 years later, however, at the urging of Alcibiades, a new Athenian campaign begins. After fruitless negotiations, 3,000 men besieged Milos for almost two years. They destroyed the city, killed most of the men and sold women and children as slaves.

This campaign is best described and narrated by the work of Thucydides (book E) in the famous Athenian-Milian dialogue. 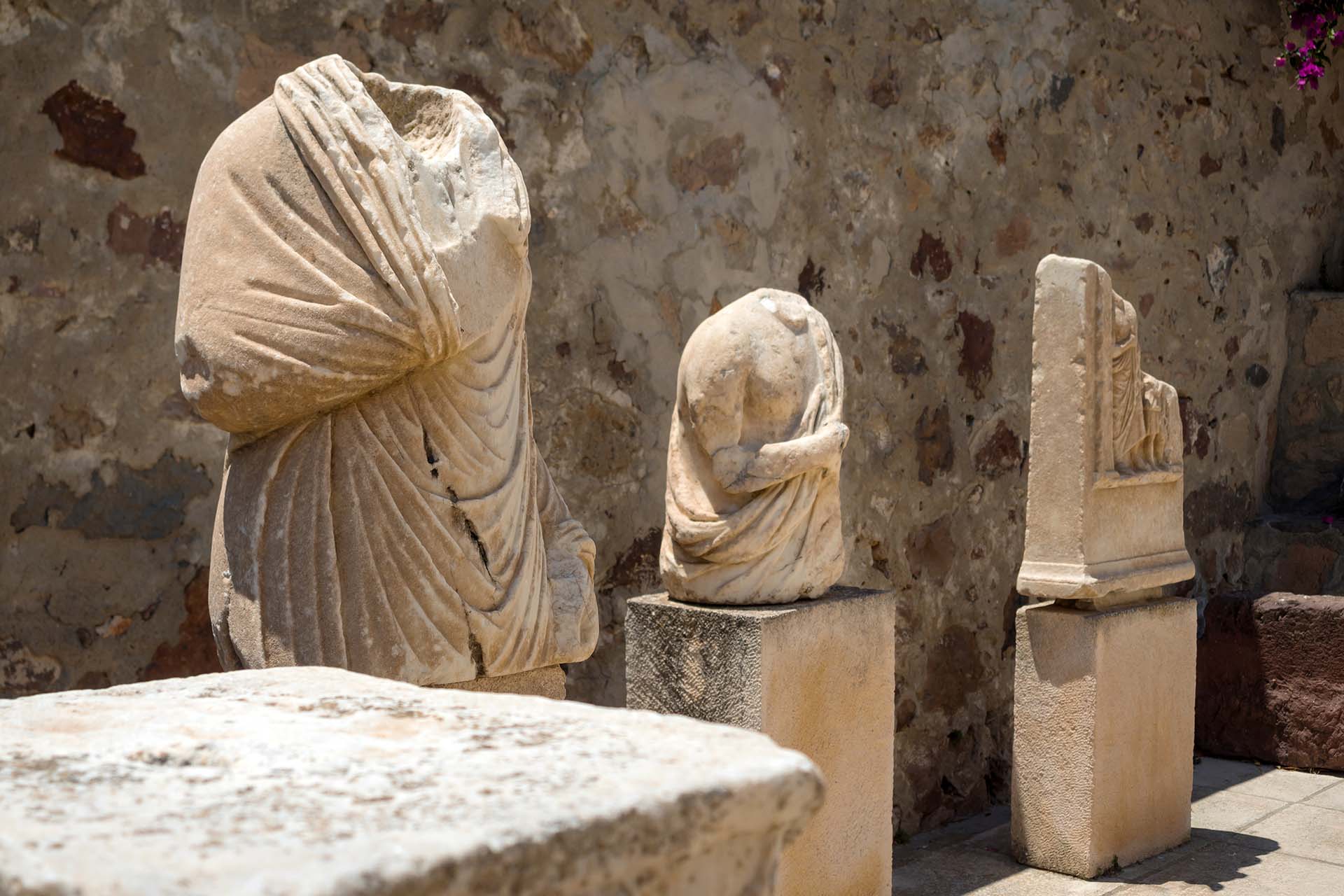 Milos, like all the Cyclades after 311 AD. passes to the rule of the Macedonians and then the Antigonids and Ptolemies of Egypt.

The peaceful conditions that prevailed at that time, combined with the freedom and security of the seas, contributed to the beginning of a new period of prosperity and prosperity, during which Milos minted a currency and He created great works of art, such as the statue of Poseidon (a statue 2.17m high from Parian marble depicting the god Poseidon in an imposing style and raising his right hand as if holding a trident.

The statue was found in 1877 and is in the Archaeological Museum of Athens.

Also, in the Hellenistic period, the most famous statue of the island, the famous Aphrodite of Milos, was made.

During Roman rule the development of the island continued thanks to the preservation of peace and thanks to the further exploitation and trade of mineral wealth. The arts progress, remarkable statues and figurative heads are made, while in this period the island is decorated with the Ancient Roman theater.
The center of the city is now transferred to the area “Tramythia”. There was discovered in 1896 a unique mosaic with vines, fish and wild animals, which was the floor of the sanctuary of Dionysus.
During this whole period, Christianity began to spread on the island. In the Acts of the Apostles reference is made to the journey of the Apostle Paul from Crete to Athens and his shipwreck on rocky shores. Christianity spread to Milos at a rapid pace, from the very first century AD, while the faithful for the performance of their sacraments and the burial of their dead, carved the rocks and created the early Christian Catacombs. 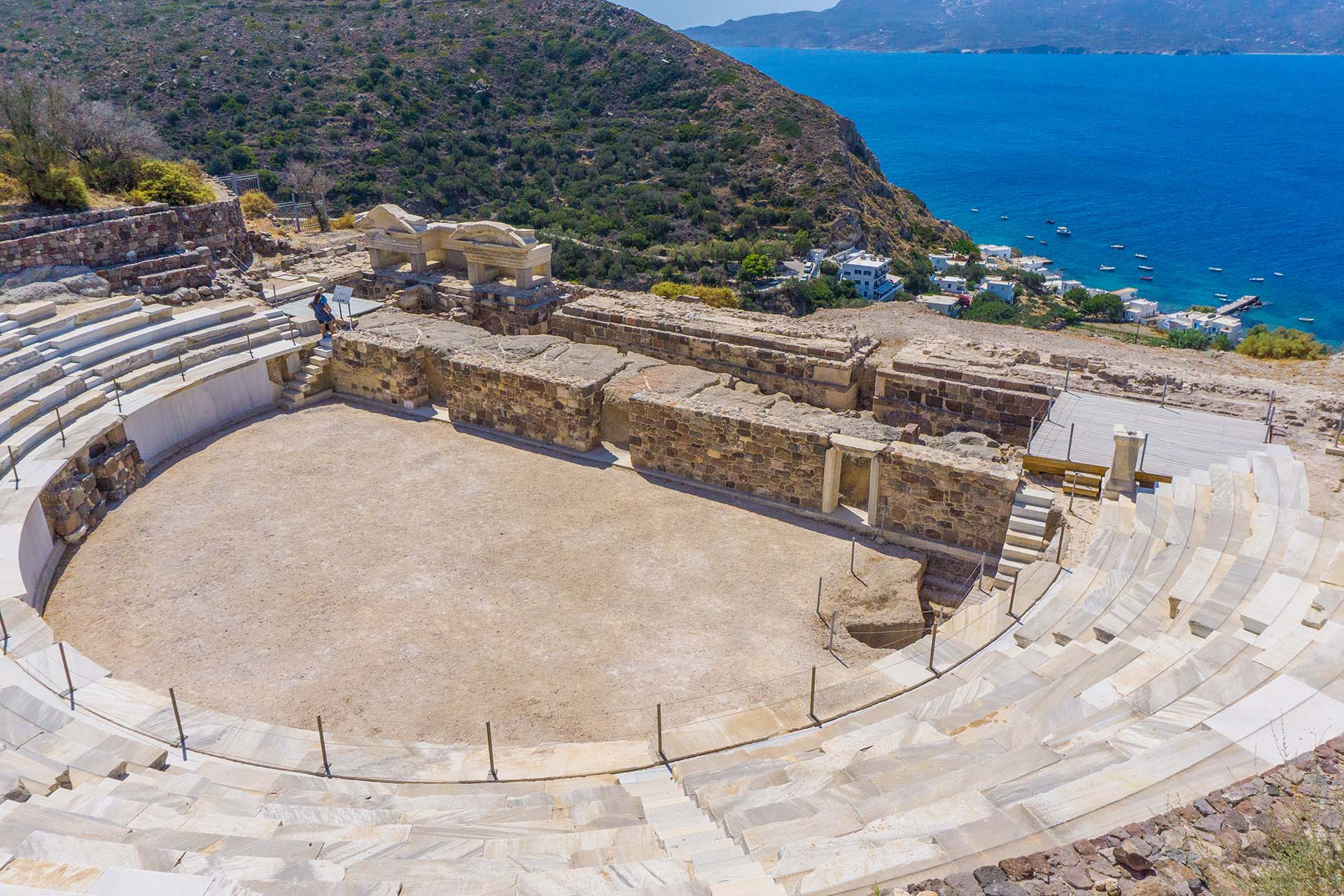 After the division of the Roman Empire into western and eastern, Milos passes to Byzantium, while in 842 AD. contained in the 17th theme of the Byzantine Empire, in the “Theme of the Aegean” with Rhodes as its capital.

Evidence for this long period of time is scarce, as the Empire was vast and piracy extremely widespread.

The important events of the period occur in the 5th-6th century, where Klima is abandoned, the then capital of the island, due to raids and earthquakes and in the 8th-9th century during Iconoclasm, where Milos, along with other islanders, revolted for religious reasons against the central government of Constantinople for religious, a revolution that was suppressed. 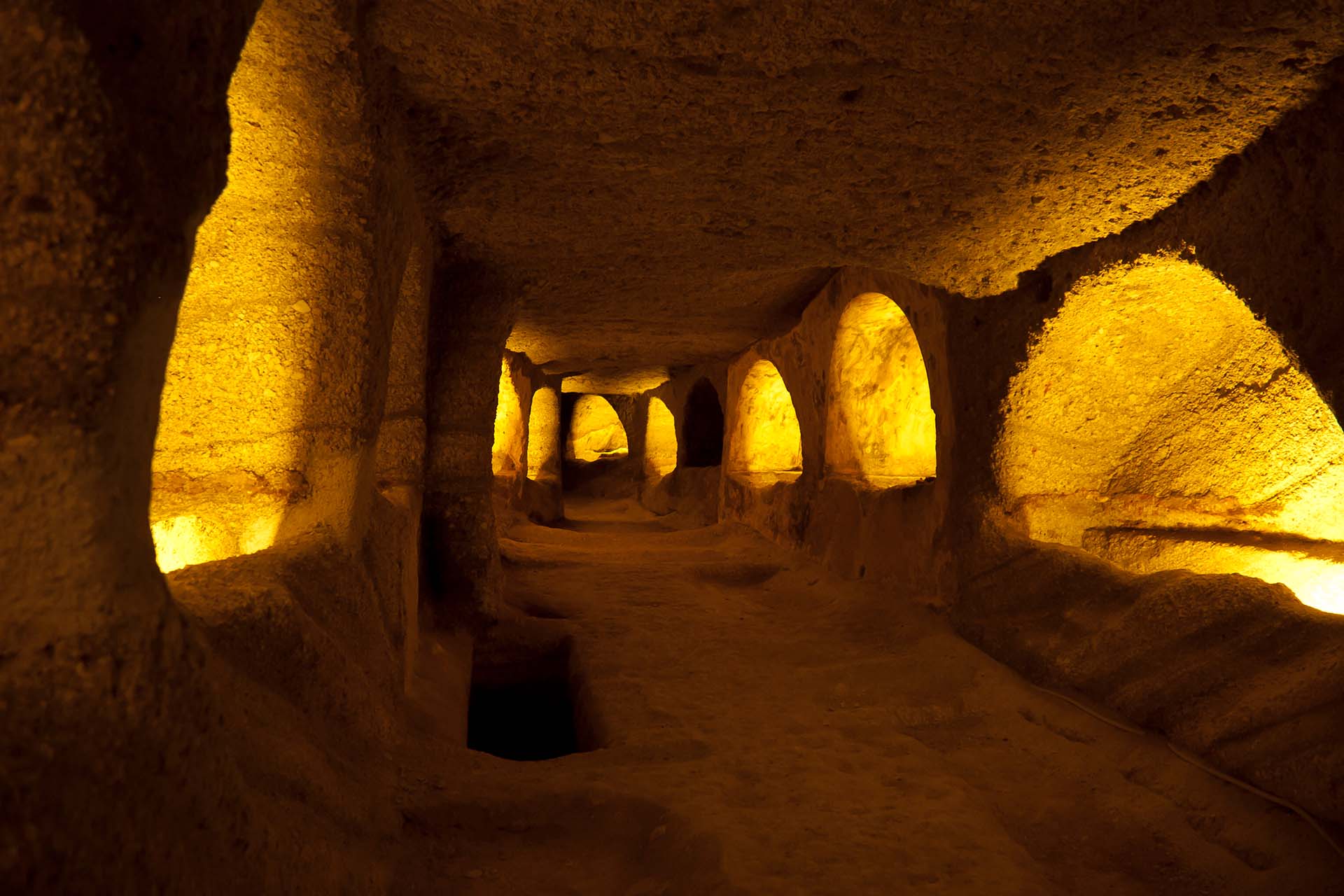 After the fall of Constantinople by the Franks, Milos, along with most of the Aegean islands, was conquered by Marco Sanoudos, who founded the Duchy of the sea with Naxos as its capital.
The Sanudis dynasty lasted until 1361. Then, the Sanudis were succeeded by the Krispy Dynasty until 1566. At that time, Milos began to become a stronghold of pirates. The empire of the Eastern Mediterranean (Venice) is unable to control pirate raids and in 1537 occupies Milos, the famous pirate Hairedin Barbarossa.
At the beginning of the Turkish occupation (1566-1579) Milos was ruled by Joseph Nazis, who was also the last duke of the islands. Then, all the Cycladic islands pass to the administration of Sultan Murad III. During the years of Ottoman rule, Milos was relatively favored, since the Turks did not live permanently on the island, but only collected taxes through the Commissioners. Turkish rule ended in 1770 with the appearance of the Russians in the Aegean, but after a few years it was restored.

Milos was the third island in Greece to revolt against the Turks. The participation of Milos in the naval battle of Navarino was also important, where the death of Petros Mikelis gave rise to the generalization of hostilities. Petros Mikelis, following the order of the English Admiral Codrington, went to the Egyptian Admiral to tell him to withdraw his fleet. On the way back, however, he was shot by a sailor of the fleet and his death was the reason for the beginning of the naval battle of Navarino and the destruction of the Turkish-Egyptian fleet.
In World War I, Milos hosted the Anglo-French fleet and Adamas was used as a naval base to control the Eastern Mediterranean.
While, in World War II the island was occupied by Germans on May 6, 1941 and liberated on May 9, 1944. The inhabitants bravely resisted all the years, many of them lost their lives due to famine and war.

Get to know the history of the island, relax on the beaches, escape to exotic coves, indulge in Cycladic gastronomy and enjoy the hospitality of the inhabitants.

This website uses cookies to improve your experience while you navigate through the website. Out of these, the cookies that are categorized as necessary are stored on your browser as they are essential for the working of basic functionalities of the website. We also use third-party cookies that help us analyze and understand how you use this website. These cookies will be stored in your browser only with your consent. You also have the option to opt-out of these cookies. But opting out of some of these cookies may affect your browsing experience.
SAVE & ACCEPT
Go to Top